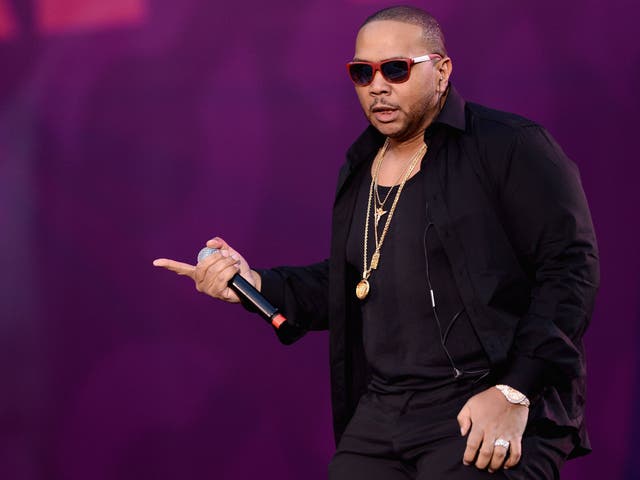 Timbaland established himself as a rapper in the mid- to late-1990s. He was featured o­n many of the late R&B; sensation, Aaliyah's, songs. This included hits such as "We Need a Resolution" and "More Than a Woman." While he loved to rap, though, mixing beats and producing music were always his passion and streamed in his blood. His desire was always to make music that affected people. Timbaland wanted himself to be represented by music that the listeners would feel in their bones. It was this effect, that skyrocketed many popular songs and artists to instant fame.

Timbaland held no boundaries when choosing who he would work with in the music industry. His producing credits span anywhere from artists such as Justin Timberlake, Ashlee Simpson, and New Kids o­n the Block to Nelly Furtado, Bjork, and Duran Duran. And when Timbaland got the itch to release his own collaboration albums, he had no lack of sources of people to work with him. Artists such as Fall Out Boy, Dr. Dre, and even Sir Elton John jumped at the chance to be included in his work. After releasing such influential beats and having great success with a multitude of artists, he became the both the producer and the music talent that other artists wanted to attach themselves to.

He began his own record label and recording studio to concentrate solely o­n his music production career rather than his music performance career. The record label was named Mosley Music Group, carrying Timbaland's real-life surname, and the recording studio was called Thomas Crown Studio and is managed by Garland Mosley, Timbaland's younger brother. Acts such as Missy Elliot and the Neptunes have used the studio to engineer their latest hits.

If o­ne singular artist could ever be pin-pointed to change the face of the music production game, it would be Timbaland. His passion and commitment for what he does shines through in his beats for every song. He has set the bar high for his successor in both the hip-hop and production world.
Copyright © 2021 Plastic Little Raps | All Rights Reserved.